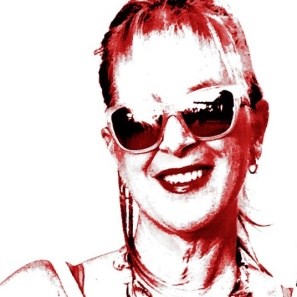 As an American abstract artist living and working in San Diego County, Anita Lewis’ work emulates her international heritage and love of modern design with natural influences. Born in Los Angeles, she grew up bilingual with European cultural influences.

Anita Lewis is no stranger to the fine arts and architecture, drawing from her ancestral heritage of artists, musicians, draftsmen and engineers. She began oil painting at the tender age of eleven, and selling her first commissioned work at age 14. After graduating in 1979 with a BA in art and interior architectural design at California State University Northridge, she sought to broaden her horizons and left for Europe. Intending to stay only one year, she returned to the United States almost 20 years later, having raised a daughter, and launching a successful career of high-end modern interior design, and exhibiting her art in Augsburg, Germany. Once back in the US, she began her own high-profiled design business, pioneering high-end European kitchen design and the import of prominent European brand name furnishings into the San Diego/La Jolla area.

With life-changing events 2005/6, Lewis put her design career to rest, to devote her entire attention to building her art repertoire. She has steadily earned increased international recognition in the art world, participating in internationally renowned art shows such as Art Expo New York, Art Expo Las Vegas, Arte Classica Buenos Aires and Art San Diego. Her art is collected in many countries and represented in fine art galleries throughout the world. She has a collector base of corporations, medical centers, high-end architectural homes, both nationally and internationally. Lewis’ work has been published in various art and design magazines, such as Art Business News, Fine, LUXE, and a featured artist in American Art Collector. She has been interviewed on San Diego Channel 7 NBC, and Fox 5 television. Cliff Johns, cousin to Jasper Johns, has done write-ups on her work.

The art of Anita Lewis embraces the ever increasingly rare use of the classical medium of oils in abstract work. Lewis revels in the challenge of incorporating classical with modern, as she identifies strongly both with modern art and architecture, and the classics. Stark linearity seems to dissolve into abstraction, yet with detail in the obscure. Her work can be described as earthy, textural and emotive, reminding of natural occurrences. There is a freedom to her work, but an underlying structure prevents chaos, pulling the pieces together. Her paintings seem to call out a visual experience of long yearned-for memories or emotions of the viewer.

Lewis has also been exploring the ever-increasing popular world of ballet dance, auto-racing themes, beach details and other “abstract figuratives”. One of her former projects involves an exploratory first-time collaboration with the San Diego Ballet, a fresh endeavor of the “arts supporting the arts”. Her latest project captures the enigmatic world of the Formula One.